Probably, you’re wondering whether Softgel sizes are measured the same way like that of hard gelatin capsules.

Or, maybe, you are just wondering how to determine the quantity of the semi liquid content of soft gelatin capsules.

Well, this guide will walk you through everything you need to know about soft gelatin capsule sizes.

Softgel capsule resembles the ordinary capsules, however, the manufacturing process is quite different. 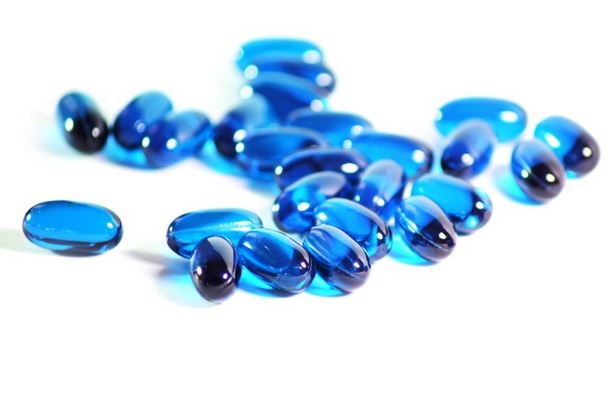 The capsule is composed of a shell consisting of gelatin that covers the liquid filled in the capsule.

The shell of the softgel capsule is a combination of a pacifier, water, gelatin, as well as plasticizers like the sorbitol or even glycerin.

In fact, they form the main ingredients of soft gelatin capsules.

It can, therefore, dissolve quickly as compared to a hard gelatin capsule.

It readily dissolves in the gastric juices and other stomach liquids as compared to other capsules.

The capsule is, therefore, of growing interest for oral delivery in doses which are poorly soluble in water.

This is reinforced with the fact that the current drugs discovered are poorly biopharmaceutical.

The drugs, therefore, have lower permeability and aqueous solubility.

The softgel capsule provides various advantages due to its property.

It delivers matrix liquid that is meant to dissolve to improve the solubility of the oral bioavailability.

This is possible in the case of poorly soluble solid doses.

It provides ultra-low doses of compounds, making them reduce the melting point of the designated compounds.

Dust in the manufacturing industries is also reduced during the generation of the doses, which improves the safety of the production personnel.

Care should as well be taken during transportation as well as storage as they are always more sensitive to hot weathers.

Manufacturing of softgel capsules needs specialized equipment. Compatibility with carriers or excipient with gelatin is still limited to few choices.

The cost of producing the capsule is relatively high.

Besides, the impact is immense on the manufacturers who used to make traditional tablets.

The cost of production rises due to the specialized technology needed during the production of the capsules.

Softgel capsule is a type of medicine whose shell is mostly composed of liquid substances which are readily soluble.

On the other hand, hard gelatin capsules have casings that are mainly composed of very tiny pellets or even powder medicine.

They are both used in the pharmaceutical industry as medicines and also made from gelatin compounds.

From the above definition of the capsules, there are many differences between the Softgel capsule and the hard gelatin capsule.

differences can be in the physical attributes of the capsules or their purposes.

Let us, thus, discuss some of the significant differences that exist between the two drugs.

Look at the table below to understand hard gelatin capsules sizes: 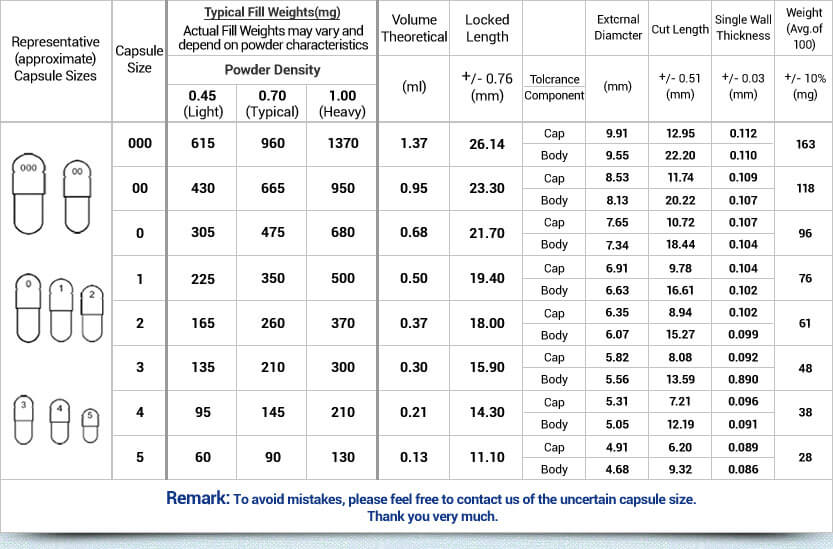 Various types of Softgel capsules exist in multiple forms of shapes, depending on customer needs.

The shapes and sizes also depend on the company’s preferences or even the doctors’ specifications.

We are going to discuss some of the sizes and shapes of the Softgel capsules that most pharmacies stock.

These are types of the Softgel capsule which have the shape of an ellipse or a rectangle with one long end.

All the angles of this type of capsule are right angles.

This type of Softgel exists in various sizes depending on the volume of the medicine in the shell.

Its capsule fill weight is approximately 1000mg with a size of 20 minims.

b) Round Softgel Standard Shapes and Sizes

These types of Softgel capsules are composed of a curved line that fully encloses a space.

The line is equidistant from the Centre of the capsules at every point.

This type of capsules is similar to a teardrop and exists in different sizes and colors.

Round Softgel Size and Shape

Some of the examples include:

This type of Softgel capsule is shaped like a circle though it is wider in one end as compared to the other.

It resembles the shape of an egg.

The capsule can hold various volumes of the liquid matrix depending on the density of the encapsulated material.

It also exists in various colors depending on the type of medicine held in its shell.

This type of Softgel capsule is round in shape and flattened at the bottom.

This shape can be due to the manufacturing company’s preference or the doctor’s prescription.

The patients can also recommend the tube Softgel capsules.

The tube Softgel also exists in distinctive color and sizes, as determined by the density of the capsule shell.

This type of Softgel capsule is a bullet whose supply in the market is limited to acceptability by the user.

In the earlier days, the capsule was mostly used in rectal and vaginal drug delivery.

Furthermore, the current suppository Softgel capsules are produced in such a way that they have integrated ingredients of active pharmaceuticals.

The capsules are integrated into the existing formulation designs with no optimization.

The development of the current suppository Softgel capsules aims at improving the classical model to facilitate drug delivery.

It is as well poised to open the capsules to a broader variety of drugs.

In most cases, the standard size of the capsule is three millimeters,

This type of Softgel capsule allows the measurement of the dose for oral and topical applications.

Most of the grade ingredients in pharmaceutical industries that are briefly combined are delivered in this type of Softgel capsule.

Most of the twist-off Softgel capsules are extracted from seaweed as well as carrageenan.

Twist Softgel capsules are essential because it helps in safeguarding the doses that are sensitive to light. 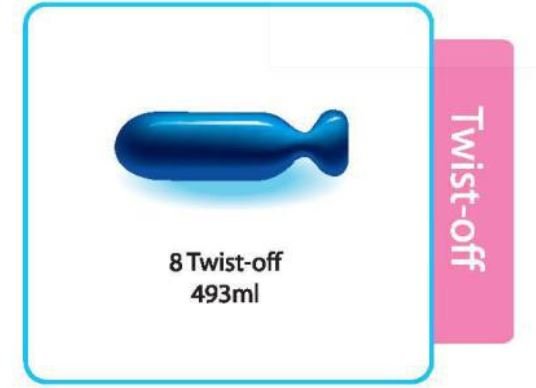 The capsule is resistance to high temperatures.

This helps in maintaining its stability in varying conditions.

The capsule is also easy to use, in addition to improved compliance in the case of pediatrics and geriatrics.

Special shapes soft gelatin capsules are those shapes that are unique.

They usually resemble the shapes of animals or even fruits.

Their production depends on the demand in the market.

They help when you want to prevent counterfeit by having distinctive sizes and shapes of the capsules for market distinction.

The capsules may also exist in various sizes depending on the minim of the liquid in the shell.

The volume of the liquid medicine that the capsule can hold depends on the density of the shell.

Various factors influence the shapes and sizes of Softgel capsules.

Let us look at some of the major factors involved.

This is a mechanical equipment that is used in pharmaceutical applications.

The machine determines the size and the shape of the capsules because it accomplishes the encapsulation process.

During this process, it fills various pharmaceutical ingredients into different sizes of the capsule.

People have different tastes and preferences.

This will, therefore, determine the shapes and the size of the capsules because the capsules are for human consumption.

Most governments give specifications for fill weight, which pharmaceutical industries must adhere to.

The specifications can, therefore, determine the shape and size of the capsules.

The more the contents of the capsule, the larger the capsule will have to be.

When the volume is very high, special shapes are necessary to enhance stability

This may occur with the aim for market differentiation where one requires unique shapes and sizes of the capsules as a safety measure.

The special shapes and sizes are, therefore, mostly meant done to prevent counterfeit.

This is the main difference between them and hard gelatin capsules.

This usually depends on the market requirement and the encapsulation machine, among other factors.

The minimum of liquid medicine in the capsule is determined by the density of the shell.

Grow Your Business With Saintyco

Saintyco always provide you quality equipment and grow with your business. We have global office in North America, Europe, South America and other area.
Send Your Inquiry Now
Scroll to Top